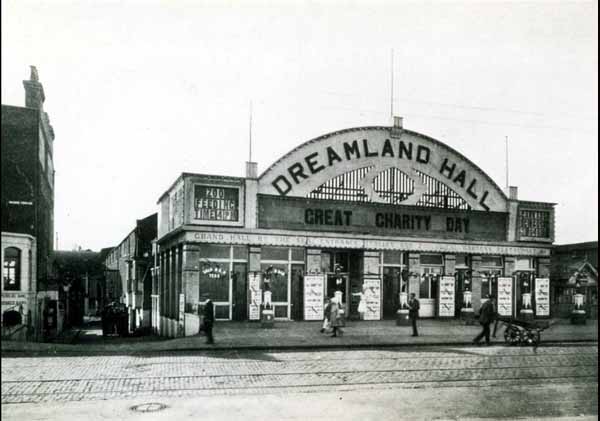 Chimene Suleyman’s fiction contribution to the White Review in April 2012:

I found Margate watching the sea and I walked the streets thinking they had left it sometime in the 70s, like an old street sign hanging pleadingly over shut cafes. It was an old stand-up comedian who had been successful; lived a rock and roll lifestyle; pissed away his money on hookers and gambling; become an alcoholic; and performed the same routine from ’79 in the backs of pubs to old men who all wished they could disappear.

It was a wonderful place. My bag was small, not enough clothes for the time there, and a playlist of Stevie Nicks in my ears that soundtracked the walk up the seafront. Out of place Fleetwood Mac posters, too small for the cases they were in, too old to be hanging along the railings. The B&Bs shouldered each other, grey cream grey again. A pretty town – full of fish and chip shops that didn’t open, and Mayfair packets chased down the road by wind. Spring hadn’t come, which was fair enough, given that the fat woman with the red dyed hair was stood outside Dreamland in a red vest top, shrugging off the grey sky.

The pub served whiskey and cokes that I took my time with, watched one eye on the football score on the screen across from my head. It felt like a holiday. No real worry for my things, which I left across my seat when I stood out front of the pub smoking, listening to people who knew each other, talk. When the pub shut, drunker than I wanted to be, I walked towards the seafront to the line of B&Bs that stood mostly empty. I rang the doorbell, and the Lebanese man turned the key on the other side of the glass door, opening it. Just him and his wife, and a small child that smelt of shit who turned circles in what should have been their living room. A brown desk and an old computer in the corner as their reception area.