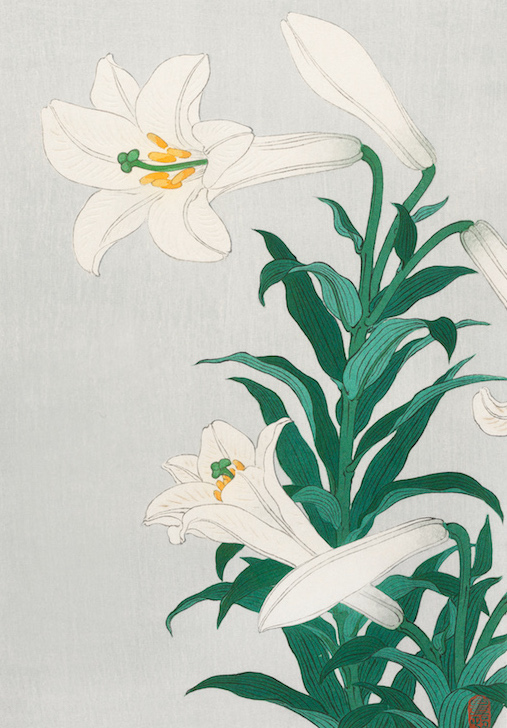 The book I have been working on for the last three years has two main characters: a young woman and her newborn baby. I have been drawing on observation, on reading, my own experience. But mostly I have been making them both up. Each weekday morning since the schools closed here in Rotterdam, I have been getting up early, before my kids wake up, to spend a couple of hours with the two of them: trying to make them do things, think things, look at, touch and feel things. The other day, after describing this new routine, a friend asked me whether, given the new reality of our situation and all the unknowns to come, I still felt the project was relevant. Honestly, her question floored me. I realized – but only in the moment of her asking – that it hadn’t yet occurred to me to consider, let alone to worry about, this, and immediately went into a spiral of self-doubt: was this a good sign for my state of mind, for my capacity to respond to the world, for the book, or a very very bad one?

I have been thinking about these questions a lot.

I think I have two possible answers to them now.

The first is that it has clearly felt, if not exactly relevant, then at least necessary and important to go quietly in the morning into this other space at my desk, populated mostly by other people’s books, and spend some solitary time there, before relaying with my partner and being pulled into all the other activities (home-schooling, online teaching, a bit of indoor and outdoor exercise) of the day.

The second is that this book-in-progress, in ways I still find hard to articulate (even to myself), is also about the novel as an art-form and so also, to my mind, about relevance: about spheres or circles of relevance, how they are generated and how they can be made to open and expand. Something I have been trying to write about is now an almost outmoded form of address, the kind that used to open a formal letter, like an unpaid electricity bill, before the cookies (the algorithms?) knew everyone by name and addressed us personally. (I still have to check my impulse to feel touched by an automatically generated email taking the trouble to write: Dear Kate, Hi Kate). To Whom It May Concern – I remember getting letters that opened like this. It seems to me to be a very novelistic form of address. On the one hand, to some degree targeted and precise: the letter addresses a person, is seeking to address a person, very likely the person who happens to open it. But, on the other, the whom is still very undecided, as yet undetermined. So, the letter asks, sharing the responsibility for answering the question out, is this of concern to you? Will this, the subject matter to follow, be of immediate and obvious concern to you? Possibly not. But, the phrasing suggests, there’s a chance. It’s the may that leaves the door open. Who may this – for instance, a book that opens and stays with a baby – concern? Who would it appear to concern most immediately and who might find themselves included, perhaps unexpectedly, within the remit of its address? Surprised, a bit wrong-footed to find that a subject, a setting, a set of actions or problems that they didn’t think mattered to them, that they wouldn’t have thought was of any particular interest or concern to them, can matter.

This – getting taken by surprise by unexpected, unlikely concern – happened to me recently with a book written by one of my oldest friends. He is a sculptor, and also into skateboarding. The two for him are indirectly, sometimes very directly, related. I have always felt like I could meet him anywhere, on any level of his life’s interests, but not on small wheels. Not my bag, I would say to him, deliberately choosing a translation-resistant expression he’d appreciate: not my bag, not my thing, my friend. But then there has been this mother-character, and the way she uses a corner of her street, a patch of urban planning where, for no obvious reason (to prevent cars parking?) large round stones have been sunk into concrete, how she has discovered that if she rolls the pram very slowly over this edging of the pavement the rise and fall – like great rollers working to lift and tip a ship – can sometimes get the baby to sleep. And I found myself reaching for Raphaël’s clear and thoughtful prose, feeling, for the first time, very directly concerned by his documentation of the activation of public space, and especially of public art, by skateboarders: making monumental sculptures kinetic, animating solid forms into temporary liquid waves a person can surf.*

With so much more clearly and critically at stake, something like this, something somewhere in the region of this sudden spreading out of the remit of relevance, has happened with the virus. Day by day the circle expands: it’s way over there, it’s only the flu, it’s over here, the schools and my students’ studios are closed, someone’s father is dying. We are all concerned now. We didn’t expect to be at the start of it, but now we are.

COVID-19 is not a literary problem, I realize.

But I think the question of relevance – which is also the question of concern, who is concerned by what, who sees what as pertaining to themselves and their own interests and situation – is. And I am coming to believe that, as in the personal-impersonal letter, personal because it arrived at my door, impersonal because it doesn’t know me, it doesn’t even know my name, relevance is something always to be sought out, to be asked for searchingly, also hopefully – Could this matter? Might this track in at the outer edges of your concerns? – and not given, never taken for granted in advance. For who am I to have decided, already and for you, what interests you, what might come to matter or pertain to you?

In the afternoons, as an improvised extra-curricular activity for these weeks off school, my youngest has been co-writing a story with four of his friends. Step one was for each them to think of a character, name him or her and describe them. They invented Planet, a she-dragon who lives on the sun; Lightrock, an evil gargoyle with big wings; Icon, a scavenger who drives a red Tesla; Fynix, a transformer who can blast lightning from his hands. The idea is that each household takes turns to write a chapter of the story. Our method has been for my son to freestyle while I type, trying to keep pace. The ideas come so fast: Planet is too hot on the sun. So she flies down from the sun to the highest mountain on earth. The very highest peak of the highest mount. A mist falls. The mist rises. There is a blast of lightening. Lightrock appears, showing his evil face –

Sammy shouts in my ear with such force and volume my hands leap from the keys.

What what what? I stare at him, thinking he must be in pain.

Go back! He is wide-eyed, totally into it: a blue mist.

There is a blast of lightning. Then, the mist rises. Lightrock appears, showing his evil face.

Okay, I think. So this is how you do it. Let me learn from this. This is how to make things up. This is what it looks like to be properly invested in the elements in your bag (your problems, your questions, your objects, your passions, your fantasy fictional scenarios), this is the lightning-power of conviction that can for a minute, for a half-an-hour, for the duration of my typing the story, or for some passage of my life, make it the bag that I am prepared to carry around, too.

Kate Briggs is the author of This Little Art.