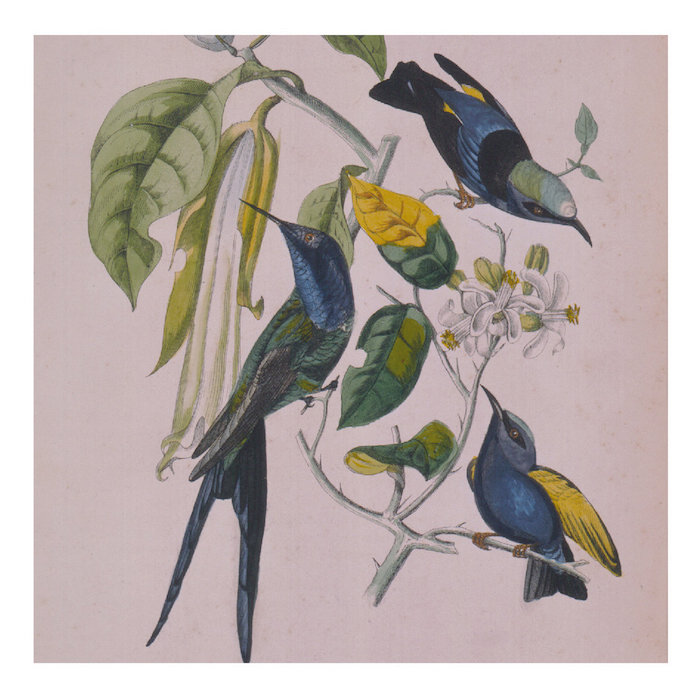 Greetings from Galway. The sun is out again today. Winter has finally receded. I am very glad I have a balcony and feel a bit ashamed that until recently I referred to it as my crap balcony. It doesn’t have any furniture on it, I just throw some cushions down and sit with my back against the wall. The man in the flat below used to be in an Irish showband. He often goes over to London for quite long stretches, I think he has a flat there. He is in his flat here for the moment, he plays country music now and then. A couple of days ago a parcel came for him and since he wasn’t home I took it from the postman. He seemed to be gone for a while and I began to feel concerned – in normal circumstances he has a routine which involves going to the bakery on the corner first thing and sitting up at the window with the Irish Mirror and a coffee – but obviously he wasn’t doing that today. Probably he was just out for a walk. He always wears a hat, sometimes a big purple one. I read his full name on the parcel and gave it a shake before putting it down on my stairs. It seemed to me that there were boots inside. Marty is big into his boots. Though in fact the boots themselves would be fairly small because Marty is quite a compact kind of fellow. Once a white and blue towel I use for drying my hair fell off my balcony while I was at the bar across the street and Marty posted it back through my letterbox. I found that really weird. Who stuffs a towel through a letterbox? When I gave him his parcel, which I handed to him through his window, I asked him if he was doing alright and told him to give me a shout if he needed anything. I saw that Bonehead was on the windowsill. Bonehead is a white cat with two identical black marks on top of her head between her little white ears. I don’t think she belongs to Marty. She has a nest on top of one of the scrappy shrubs down below. I might read a bit when I’m on the balcony. I drink a lot of tea. There’s a dandelion, liquorice, and lemon one I find really soothing at the moment. I’m drinking it now actually. I’m not on the balcony now, but I know it’s there. Thank god. My crap balcony! I will go out on it in a little while and lean over the railing to see if Marty has opened his window yet.

I don’t watch TV series, and I’m not drawn to movies so much at the moment. I love listening to music and always have done. Sound really takes me in, shifts me around, shakes integral images out of me, loosens me up. Here’s a playlist of stuff I’m into right now. It’s a bit of a mix – I hate the word eclectic, especially in relation to music – and probably its variety is a reflection of where I’m at at the moment. So many distinct and incompatible feelings and ideas are coexisting and overlapping throughout my mind and psyche. It’s strange to be host to so many apparently contradictory sensations and thoughts. It actually reminds me very much of how I felt all the time when I was really young, and that is adding a whole other dimension to what’s already going on. Some areas of myself feel expansive and calm and quite radiant, while others feel compressed and scabrous and dreadful. Yes, that’s how I felt for a long time when I was young! Pied and dappled, as Gerard Manley Hopkins might put it. Music helped me then and helps me now to move into and through these different zones and densities without too much distress or idealism or attachment. I hope you enjoy some of the tracks here and are keeping well, wherever you are. x

Claire-Louise Bennett is the author of Pond.