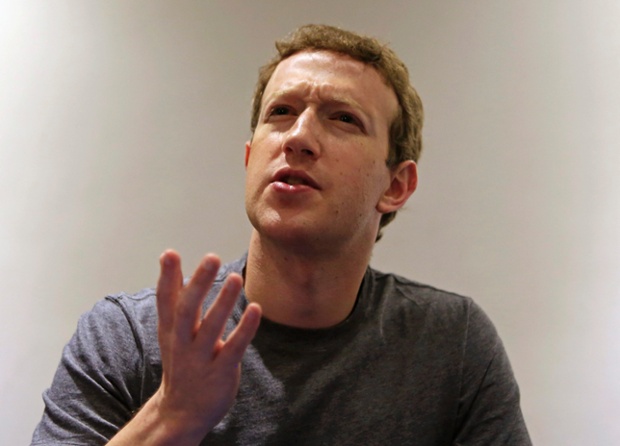 Facebook founder Mark ‘Oprah’ Zuckerberg has selected On Immunity by Eula Biss, published only yesterday by Fitzcarraldo Editions in the UK, as the fourth book in his ‘Year in Books’ challenge. Claire Armitstead, in the Guardian, reported on this this morning:

Mark Zuckerberg has tapped into an area of growing social anxiety with his fourth book club choice, announced on Wednesday.

The Facebook founder showed his talent for surfing the zeitgeist by selecting On Immunity: An Inoculation, by essayist Eula Biss, which investigates the fears around vaccination in the context of her own terrors as a new mother.

On Immunity was among the New York Times Book Review’s top 10 books of 2014 and is published in the UK this week by Fitzcarraldo Editions.

The choice comes as the US confronts a measles outbreak linked with a breakdown in “herd immunity”, exacerbated by more and more families opting out of vaccination.ch how the measles outbreak spreads when kids get vaccinated – and when they don

Biss’s UK publisher says she “addresses a chronic condition of fear – fear of the government, the medical establishment, and what may be in your children’s air, food, mattresses, medicines, and vaccines.

“She extends a conversation with other mothers to meditations on Voltaire’s Candide, Bram Stoker’s Dracula, Rachel Carson’s Silent Spring, Susan Sontag’s Aids and Its Metaphors, and beyond. On Immunity is an inoculation against our fear and a moving account of how we are all interconnected – our bodies and our fates.”

In a Facebook post on Wednesday for his series A Year in Books, Zuckerberg said he chose Biss’s book because it addresses “an important and timely topic.”

“The science is completely clear: vaccinations work and are important for the health of everyone in our community,” Zuckerberg wrote. “This book explores the reasons why some people question vaccines, and then logically explains why the doubts are unfounded and vaccines are in fact effective and safe.”

Since launching his project, in an attempt to “beat the popularity of Oprah’s book club”, Zuckerberg has attempted to introduce his 31 million Facebook followers to economics, psychology and sociology.

The announcement of his first choice, Moisés Naím’s The End of Power, caused the book to shoot up the charts, though the Q&A that followed was lacklustre, with the Washington Post reporting: “Hardly anybody showed up. (And of those who did, few had actually read the book.)”

He followed that book with Stephen Pinker’s The Better Angels of Our Nature andGang Leader for a Day: A Rogue Sociologist Takes to the Streets by Sudhir Venkatesh.

His Facebook post suggested that his failure so far to match up to Oprah’s success may have taught him one valuable lesson. “This book was recommended to me by scientists and friends who work in public health,” he wrote. “It’s also a relatively short book — one that you should be able to read in a few hours. I encourage you to check it out and to join the discussion.”