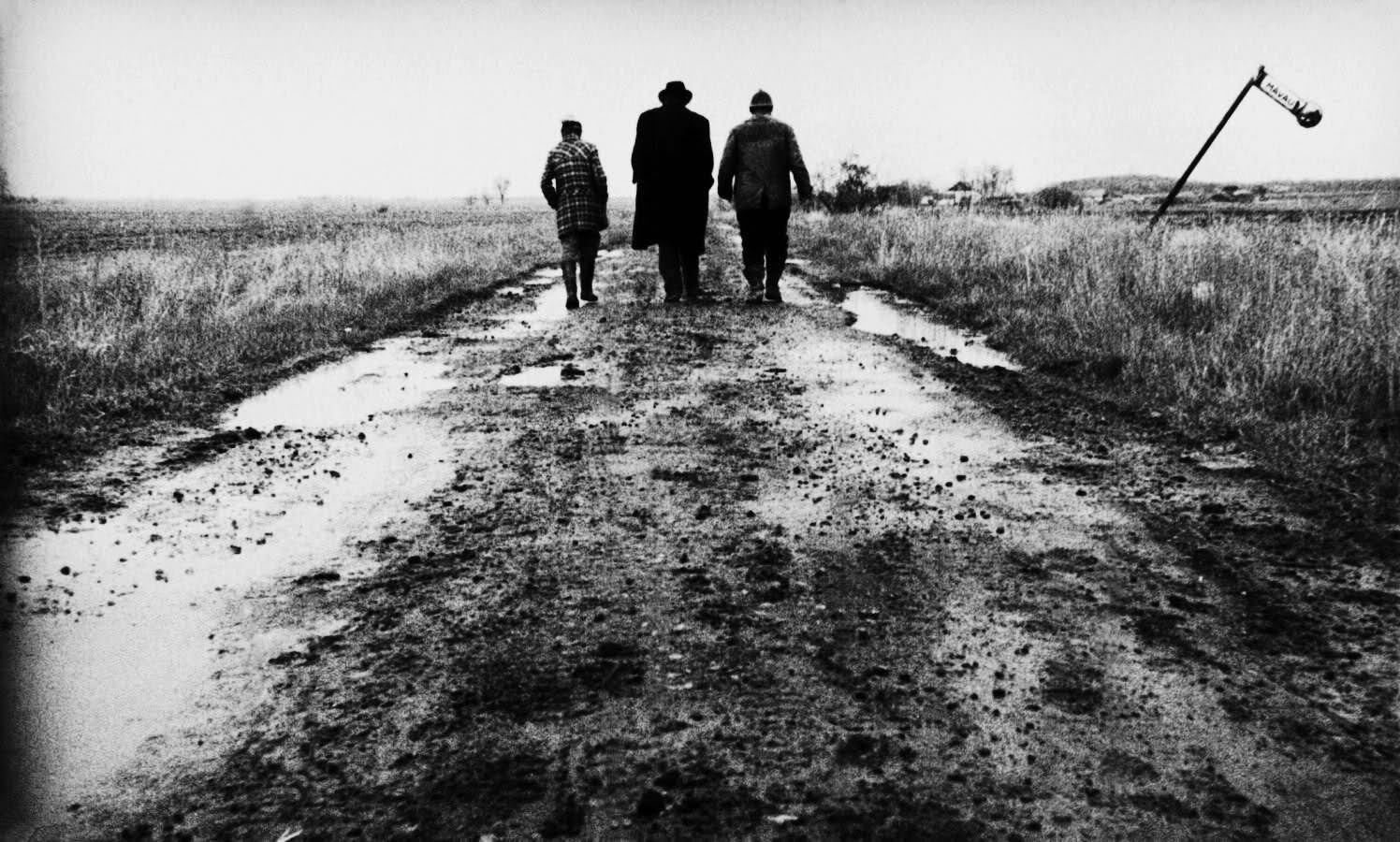 Sátántangó by Bela Tarr, adapted from Laszlo Krasznahorkai’s novel of the same name, is screening next Saturday 6 September at the ICA. This is a rare event: go see it.

A Nos Amours, Scalarama and the ICA are delighted to present Béla Tarr’s touchstone of durational cinema Sátántangó on 35mm.

This legendary film, running at 7 hours 12 minutes, deals with the collapse of a collectivised Soviet-era farm in rural Hungary. There is the scent of money in the air, and, in chaotic and changeable times, a yearning for meaning and salvation. At such times it is inevitable that prophets and Messiahs will be longed and waited for. The question is whether they will be false prophets, or mere charlatans. In the chilly, bleak rotten world of Sátántangó, who will follow who, and why, are left wonderfully uncertain.

These are ordinary human concerns, but it is the vastness of the landscape, the featureless plains and endless horizons, and a terrifying, unremitting wind from nowhere, and a rain that falls without end, that threatens to wash away all human hope. Signature long takes, often as long as the 10 minutes that a roll of film allows, combined with astonishing camera choreography offers a sublime cinema experience.

To commit to Sátántangó is to commit to the unforgettable and life-changing: these are the outer limits of cinema. The screening is on 35mm.

‘Devastating, enthralling for every minute of its seven hours. I’d be glad to see it every year for the rest of my life.’
– Susan Sontag