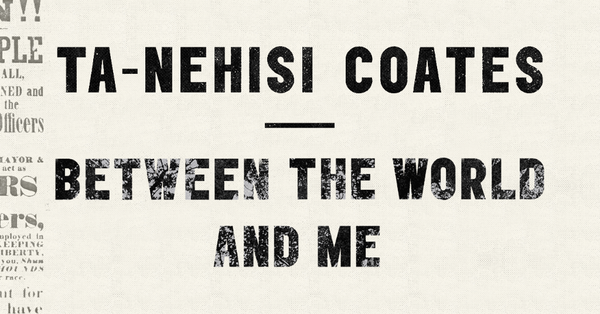 From Pankaj Mishra’s piece on the rise of Ta-Nehisi Coates, featured in the LRB.

‘A racist society can’t but fight a racist war,’ James Baldwin wrote in 1967, ‘the assumptions acted on at home are also acted on abroad.’ During the war on terror the traffic between the US and various shithole countries wasn’t only in assumptions: there was also a wholesale exporting of equipment, technologies of torture and bad lieutenants. To take one instance, Richard Zuley, a specialist at Guantánamo, had become reassuringly ruthless while working for a Chicago police unit that for decades interrogated predominantly African-Americans at so-called black sites. It’s only now, with a white supremacist ensconced in the White House, that those same hardheaded liberals – who did so much to create a climate of opinion and a legal regime in which black and brown bodies could be seized, broken and destroyed outside all norms and laws of war – are coming to grips with ‘America’s Original Sin: Slavery and the Legacy of White Supremacy’ (an unlikely recent headline in Foreign Affairs). Back in the early 2000s the liberal universalists seemed unaware that their project might be fatally flawed, and that America’s own democracy had been secured by mass bondage, colonial dispossession and wars of aggression; they still hadn’t fully reckoned with the historical legacy of institutionalised racial cruelty, inequality and division – what Coates has come to describe.

‘In America,’ Coates writes, ‘it is traditional to destroy the black body – it is heritage.’ ‘To be black’ is to be perpetually ‘naked before the elements of the world, before all the guns, fists, knives, crack, rape and disease’. The liberal freedoms of propertied men were always defined against omnipresent threats: mutinous natives, rebellious slaves. The white man, Tocqueville wrote as he observed race relations in America, ‘is to the men of other races what man himself is to the animals’, in the sense that he ‘makes them serve his purposes, and when he cannot make them bend, he destroys them.’ A social order built on systemic violence made the black man, Tocqueville recognised, an ever present menace in his white master’s imagination. This proximity to a nemesis made a culture of fear central to American politics, entailing a continuous investment in the machinery of coercion, surveillance and control, along with pre-emptive brutality against internal and external enemies.

Coates, who was born in 1975, came of age just as a new Jim Crow was emerging domestically to accompany Bush Sr’s new world order. ‘By God, we’ve kicked the Vietnam Syndrome once and for all!’ So Bush Sr said in a euphoric victory statement at the end of the Gulf War. The kicking of the Vietnam Syndrome and ‘Saddam Hussein’s ass’ signalled the removal of all restraints on American power imposed by dogged gooks and their traitorous allies on the American left. With America free to police the world, old legal and moral barriers were also dismantled at home. Just as Coates entered Howard University and began his harsh education in American history, the stage was set for a pitiless imposition of market discipline and evisceration of welfare-state protections. Such drastic socioeconomic re-engineering required a fresh public consensus, and a racialised view of crime and national security came in handy in separating the deserving from the undeserving. Under Reagan, the police had started to resemble the military with its special weapons and bellicose posturing. The prison-industrial complex burgeoned under Bill Clinton: an incarcerated population of 300,000 in 1970 expanded to 2.1 million in 2000 – the majority black and brown, and poor. Liberals did not simply inherit Republican schemes of harsh policing and extreme punishment. They took the initiative. Clinton, hailed as the ‘first black president’ by Toni Morrison, ended what he called ‘welfare as we know it’ and deregulated financial markets. Amid a national panic about ‘street terrorists’, he signed the most draconian crime bill in US history in 1994, following it up two years later with an anti-terrorism bill that laid the foundation for the Patriot Act of 2001.

The intimate relationship between America’s internal and external wars, established by its original sin, has long been clear. The question was always how long mainstream intellectuals could continue to offer fig-leaf euphemisms for shock-and-awe racism, and suppress an entwined history of white supremacism and militarisation with fables about American exceptionalism, liberalism’s long battle with totalitarianism, and that sort of thing. Hurricane Katrina, coming after the non-discovery of WMDs in Iraq, undermined liberal faith in Bush’s heavily racialised war. American claims to global moral leadership since the 1960s had depended greatly on the apparent breakthrough of the civil rights movement, and the sidelining of the bigots who screamed: ‘segregation now, segregation tomorrow, segregation for ever’. In New Orleans, black bodies naked before the elements of the world – elements which included trigger-happy Blackwater mercenaries guarding the rich – made it clear that old-style racial separation had been replaced by sharply defined zones of prosperity and destitution: segregation for ever. But the apparent successes of social liberalism, culminating in Obama’s election, managed to obscure the new regimes of racial sequester for a while longer. Since the 1990s, the bonanzas of free trade and financial deregulation had helped breed greater tolerance for racial and sexual variety, primarily among the privileged – the CIA under Obama set up a recruiting office at the Miami Beach Gay Pride parade. Overt racism and homophobia had become taboo, even as imprisonment or premature death removed 1.5 million black men from public life. Diversification and multiculturalism among upwardly mobile, college-educated elites went together with mass incarceration at home and endless military interventions abroad.

In many ways, Coates’s career manifests these collateral trends of progress and regress in American society. He grew up in Baltimore at the height of the crack epidemic. One of his own friends at Howard University in the 1990s was murdered by the police. Coates didn’t finish college and had been working and writing for small magazines when in 2008 he was commissioned by the Atlantic to write a blog during Obama’s campaign for president. Three books and many blog posts and tweets later, Coates is, in Packer’s words, ‘the most influential writer in America today’ – an elevation that no writer of colour could previously have achieved. Toni Morrison claims he has filled ‘the intellectual void that plagued me after James Baldwin died’. Philip Roth has been led to histories of American racism by Coates’s books. David Brooks credits him for advancing an ‘education for white people’ that evidently began after ‘Ferguson, Baltimore, Charleston and the other killings’. Even USA Today thinks that ‘to have such a voice, in such a moment, is a ray of light.’ Coates seems genuinely embarrassed by his swift celebrity: by the fact that, as he writes in his latest book, We Were Eight Years in Power, a collection of essays published in the Atlantic between 2008 and 2016, ‘I, who’d begun in failure, who held no degrees or credentials, had become such a person.’ He also visibly struggles with the question ‘Why do white people like what I write?’ This is a fraught issue for the very few writers from formerly colonised countries or historically disadvantaged minorities in the West who are embraced by ‘legacy’ periodicals, and then tasked with representing their people – or country, religion, race, and even continent (as in the New York Times’s praise for Salman Rushdie: ‘A continent finding its voice’). Relations between the anointed ‘representative’ writer and those who are denied this privilege by white gatekeepers are notoriously prickly. Coates, a self-made writer, is particularly vulnerable to the charge that he is popular among white liberals since he assuages their guilt about racism.