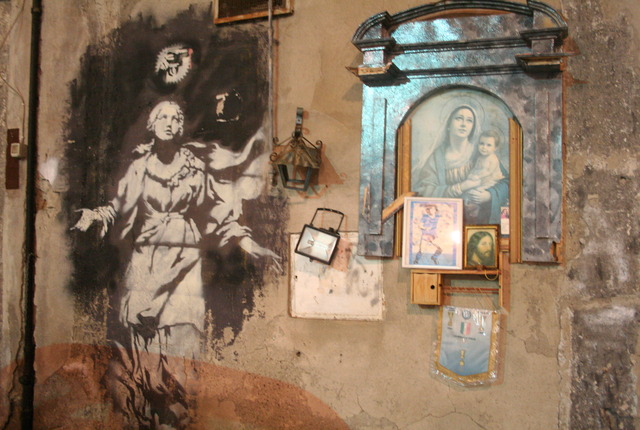 The author who writes under the pseudonym Elena Ferrante responded to written questions via email through her longtime Italian publisher, Sandra Ozzola Ferri. The following is a translated transcript of that interview.

A. I appreciated James Wood’s review very much. The critical attention that he dedicated to my books not only helped them find readers but in a way it also helped me to read them. Writers, because they write, are condemned never to be readers of their own stories. What happens to the reader when he reads a story for the first time is effectively what the narrator experiences while he writes. The memory of first putting a story into words will always prevent writers from reading their work as an ordinary reader would. Critics like Wood not only help readers to read but especially, perhaps, help the author as well. Their function also becomes fundamental in helping faraway literary worlds to migrate. I never asked myself how the women in my stories would be received outside Italy. I wrote first and foremost for myself, and if I published I did so leaving the task of finding readers to the book itself. Now I know that thanks to Europa Editions [Ferrante’s English-language publisher], to Ann Goldstein [her English-language translator] and to Wood and so many other reviewers and writers and readers, the heart of these stories has burst forth, and it is not only Italian. I’m both surprised and happy.

Q. Do you feel your books have found the following they deserve in Italy?

A. I don’t do promotional tours in my own country or anywhere. In Italy my first book, “Troubling Love,” sold immediately, thanks to the word of mouth of readers who discovered it and appreciated the writing, and to reviewers who wrote about it positively. Then the director Mario Martone read it and turned it into a memorable film. This helped the book, but it also shifted the media attention onto me personally. Partly for that reason, I didn’t publish anything else for 10 years, at which point, with tremendous anxiety, I decided to publish “The Days of Abandonment.” The book was a success and had a wide readership, even if there was also a lot of resistance to [the protagonist] Olga’s reaction to being abandoned, — the same kind of resistance faced by Delia [the protagonist] in “Troubling Love.” The success of the book and of the film that was made from it focused even more attention onto the absence of the author. It was then that I decided, definitively, to separate my private life from the public life of my books, which overcame countless difficulties and have endured. I can say with a certain pride that in my country, the titles of my novels are better known than my name. I think this is a good outcome.

Q. Where do you see yourself in the Italian literary tradition?

A. I’m a storyteller. I’ve always been more interested in storytelling than in writing. Even today, Italy has a weak narrative tradition. Beautiful, magnificent, very carefully crafted pages abound, but not the flow of storytelling that despite its density manages to sweep you away. A bewitching example is Elsa Morante. I try to learn from her books, but I find them unsurpassable.